Strolling the Streets of San Francisco

San Franciso is Northern California’s largest city and the gateway to other areas like wine country to the north and Silicon Valley to its south. The city has a unique cosmopolitan vibe all its own thanks to eclectic architecture, rolling hills, frequent fog, and a pervading liberal spirit.

Our weekend guide will have you hopping on cable cars and enjoying seafood at the wharf, and even strolling through nature over the course of 72 hours. Bring some comfortable shoes because you’ll be getting your steps in!

San Francisco not only hosts large numbers of tourists, but large numbers of business people fly into the city, as well. That means it won’t be hard to find a flight; you just need to time it right to snag a deal. And if you can’t get into San Francisco’s airport for as cheap as you want, Oakland’s sizeable airport is just a short car ride across the bay.

If you’re driving in from Southern California, Los Angeles is about 6 hours away. That’s not exactly a quick jaunt, but you could still arrive in the early afternoon to enjoy a long weekend.

San Francisco is lucky enough to have two major airport options. San Francisco International (SFO) is the closest to the city proper, about 20 minutes south of downtown. The airport is a major hub for United Airlines and Alaska Airlines and is the eighth-busiest in the country. Rideshares to the airport cost around $30. SFO also has a Bay Area Rapid Transit (BART) station that will take riders from the airport to downtown in about 30 minutes for $10.

Oakland International (OAK) may be physically closer to San Francisco than SFO, but its location across the bay makes the drive longer. Sometimes it’s worth it to fly into OAK,  however, as faires may be cheaper thanks to a large Southwest Airlines presence (and Spirit & Allegiant). OAK also has a BART station. The trip into “The City” will take about 40 minutes at a cost of around $11. Using ridesharing options, the trip to downtown San Francisco from across the bay costs around $45 and takes about 30 minutes.

For those coming into San Francisco by car, it’s easy to get into the city, but know that it doesn’t sit right on a major interstate thoroughfare. I-5, which traverses California from Los Angeles to Oregon is a little over an hour west of the city. Depending on where you’re coming from, you’ll need to get off onto I-580/1-80 to head into the Bay Area.

San Francisco has a huge array of accommodations. There’s everything from $500+ night stays at the super swanky Four Seasons or St. Regis to shared rooms with other college students in hostels. We’ve pulled out two suggestions, one a national chain and the other a more local boutique offering, as examples for you as you build out your weekend plans.

The San Francisco Marriott Marquis will allow anyone who has built up rewards points with Marriott Bonvoy to cash in or keep earning. You’ll know exactly where you’re headed once you see the Postmodern styled building. It stands out in the SoMA neighborhood. Inside, the Marquis has been newly renovated so that the rooms are airy and stately. Crisp, clean neutrals dominate, and there are even suites if you need a little extra space for your traveling party. If you want to see more of the San Francisco skyline, head up to the rooftop “The View Lounge” and have a nightcap at the bar before heading to bed. Plus, the hotel is within walking distance of the San Francisco Museum of Modern Art, the San Francisco Mint, and bustling Market Street. Depending on the season, we were finding rooms for around $160/night.

For a more unique experience, look into the Monte Cristo Bed and Breakfast on the other side of the city. This historic B&B is located just a few blocks from the Presidio, which sits at the foot of the Golden Gate Bridge. The building dates to 1875 and survived the disastrous 1906 earthquake and subsequent fires that destroyed most of the city. There are only 14 rooms and, while they are somewhat small, they are entirely unique compared to any chain hotel you may be considering. Come downstairs for breakfast until 10 a.m. or take it in your room before heading out to explore the city. The neighborhood is walkable and there are nearby bus routes, but the BART nor Muni (SF Municipal Railway) light rail travel this way.

San Francisco is honestly too much for a weekend. There are too many neighborhoods, too much good food, and too many iconic sights to see. But we've certainly tried. Have a look at a San Francisco weekend below.

Depending on how much energy you have when you arrive, you may just want to grab a burger and call it a night. The good news is that there are plenty of places to do that here. Californians will sing the praises of In-N-Out, but if you're an outsider, you may be thwarted by the fact that none of the things people order there are actually on the menu when you walk in. And since In-N-Out is starting to expand, people looking for a truly Californian burger experience may want to check out The Habit, which offers a wider variety of toppings and sides that include sweet potato fries or green bean tempura. And maybe we're heathens for this, but we just think a good burger should have bacon as an option. 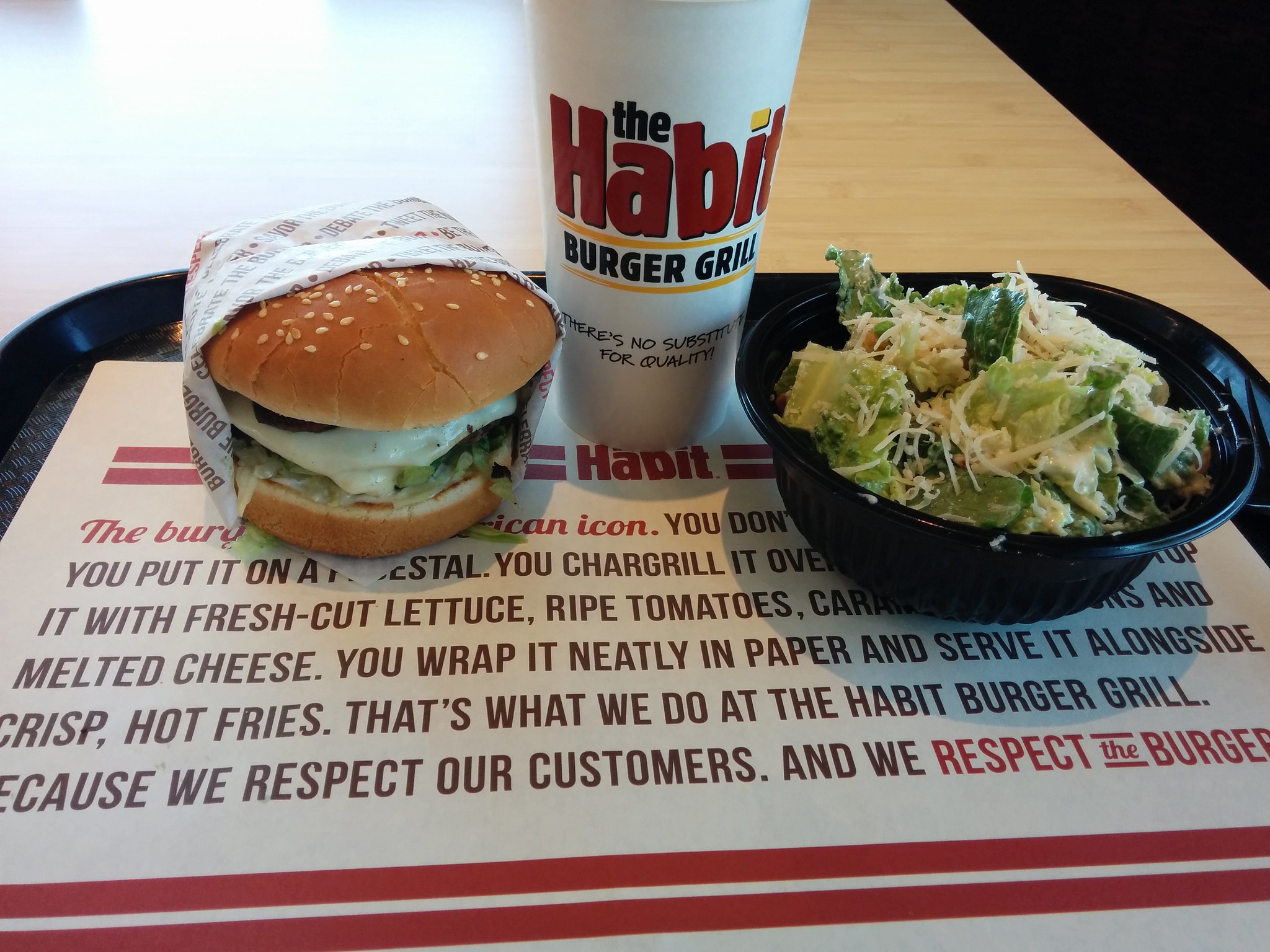 Of course, you may want to check out the nightclub scene, which includes Bimbo's 365 Club, which offers 1950s trappings and retro-tinged musical acts, or Absinthe Brasserie & Bar.

The donut scene in San Francisco is so strong that it's the subject of its own articles, but Twisted's unique toppings, like its weekend Baconpeño doughnut, help it stand out, as does the fact that their iced coffee's ice cubes are made out of coffee. Dynamo Donut + Coffee is a winner, too, if you're around Mission.

From there, check out Muir Woods—you can't get a feel for California without taking in the redwoods, and Muir Woods (named for John Muir) is a fantastic place to do that that's still close to town. You'll want to get there early because of parking and traffic crossing the Golden Gate Bridge. 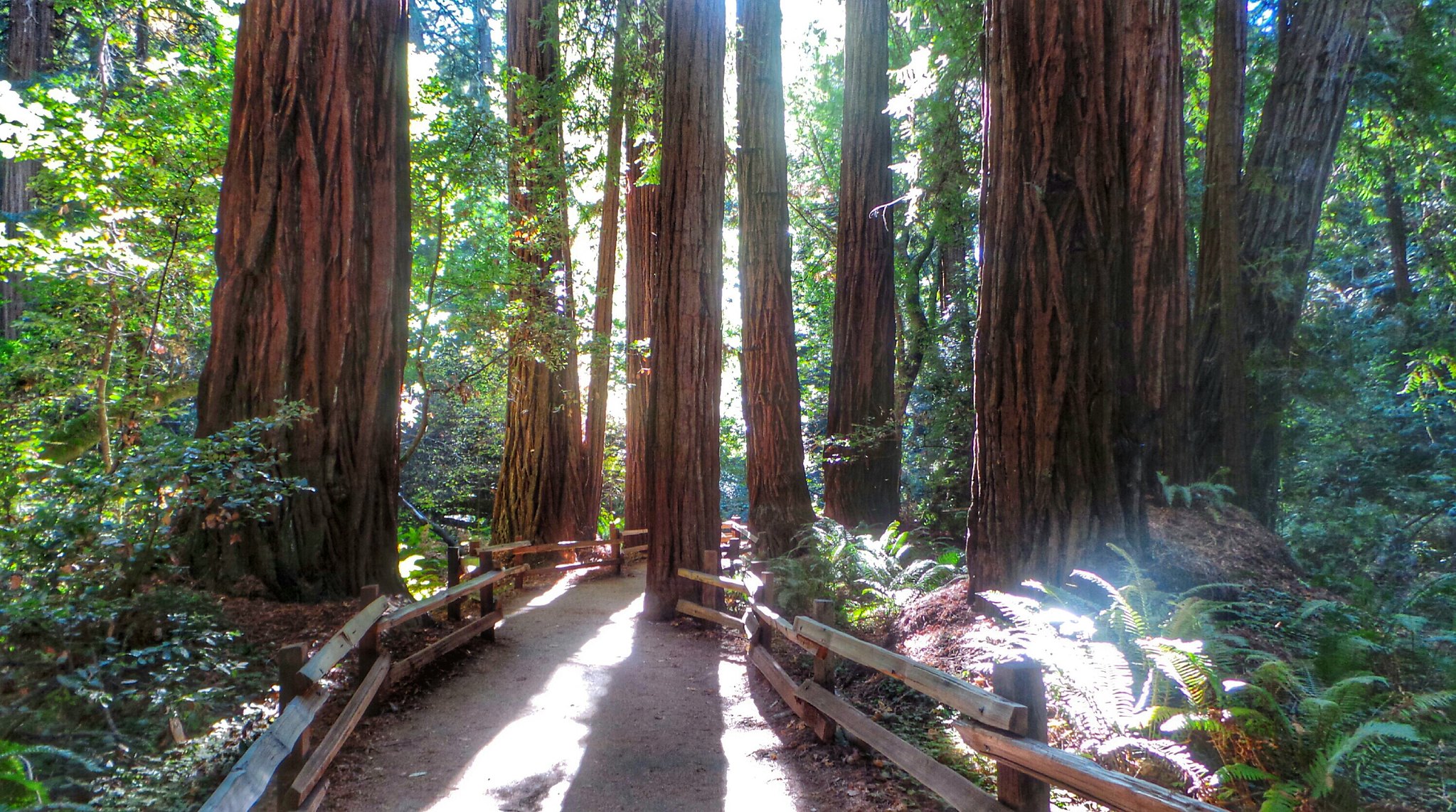 Once you've had your fill of nature, go back across town. Honestly, biking the bridge (or walking the footpaths at least to the first tower or so) is a worthwhile experience. Bring a jacket—it's colder in San Francisco than the rest of the Bay, and it's especially cold here (by California standards, at least). Either the skies will be clear and you'll be treated to a fantastic view, or the iconic fog will have settled in and you'll have a quintessentially San Franciscan experience. Either way, you can't lose.

Take lunch at Fisherman's Wharf. It's super touristy, sure, but you are a tourist, after all. The fact that such insanely specialized shops can survive out here is a testament to the sheer volume of foot traffic the area sees, and you have more than a fair share of food options. Ghirardelli Square is a smart destination for chocolate lovers, with its factory/ice cream parlor. Boudin is a local chain offering clam chowder in sourdough bread bowls. They trace their start back to 1849. If you're looking for something a little more upscale, Restaurant Gary Danko is well-received by tourists and locals alike. And, of course, there are plenty of points in between to get great seafood. 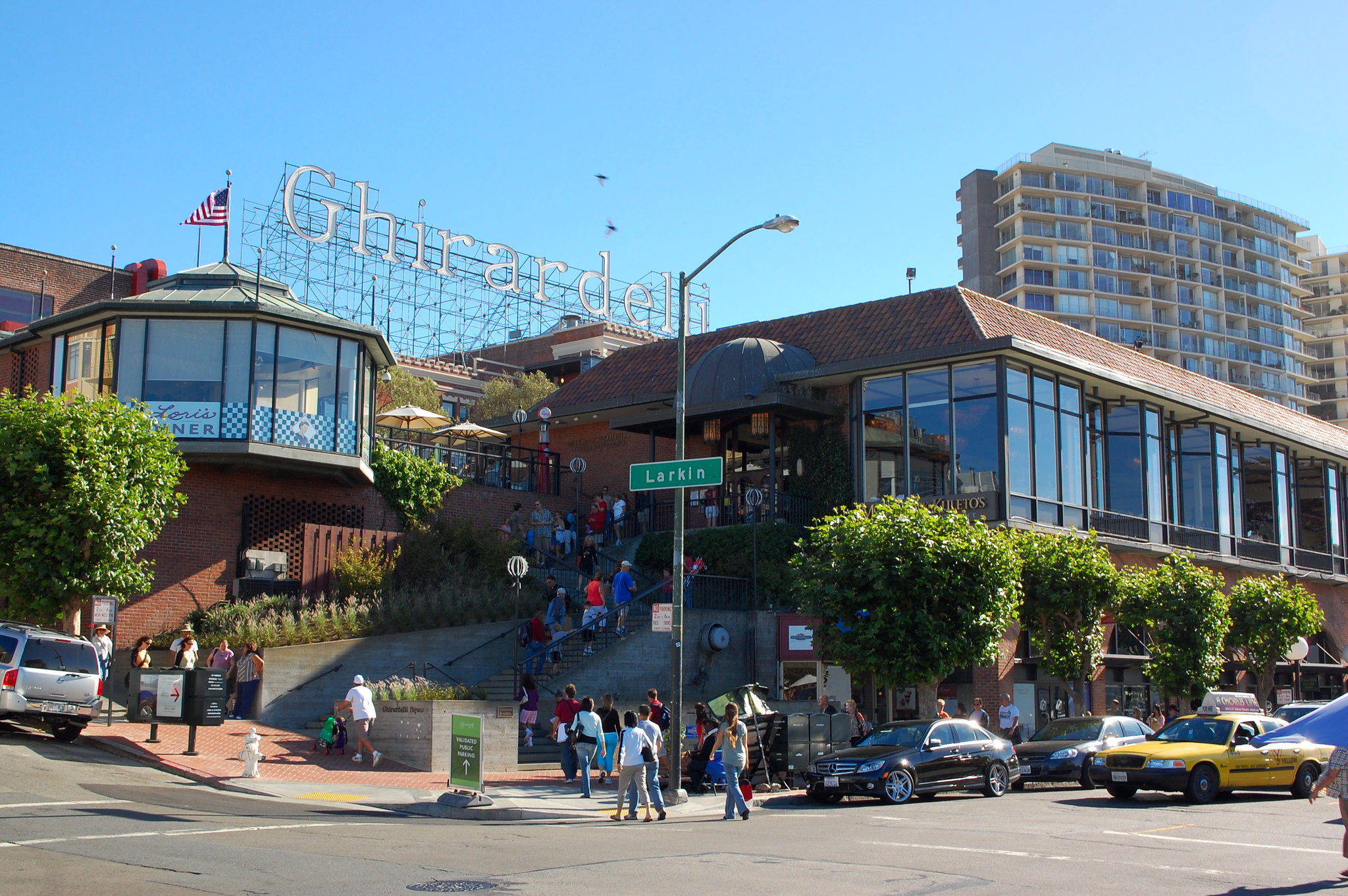 There's a lot to see nearby—Musée Mécanique is a collection of arcade attractions dating back a hundred years or more, right up to the present. Lombard Street is a famously hilly road, so steep that cars have to ride down it on a series of switchbacks. Even if you're not one of the people queuing up to drive, a walk provides both great cardio and fantastic views. And City Lights, the famous beat-generation bookstore that published Ginsberg's "Howl" when nobody else would, is located in walking distance.

San Francisco has such a bustling food scene that you could fill a website just with recommendations about where to eat and drink in the city. Like The Buena Vista, where Irish Coffee as we know it today was developed. There’s also ICHI Sushi or State Bird Provisions. And of course, if you're willing to expand out to places like Rok Bistro in Sunnyvale or Ramen Dojo in San Mateo, the pickings just get better. The bottom line here is that there's no reason to eat a utilitarian meal in the Bay. If you're here, make every meal special. Swing by CREAM (Cookies Rule Everything Around Me) for a bespoke ice cream sandwich for dessert.

The trouble with trying to do and see everything in San Francisco is that the city is home to a lot of icons, and the people who live there are eager to show them off. Take Sunday morning to catch up on any big, iconic things you didn't have time for on Saturday—maybe you wanted to see Alcatraz or take the cable car. Just be prepared to wait awhile for both. Grab a sushi burrito at Sushirrito for lunch—it isn't open for dinner, so now's your chance to experience a local flavor that's just starting to catch on elsewhere. 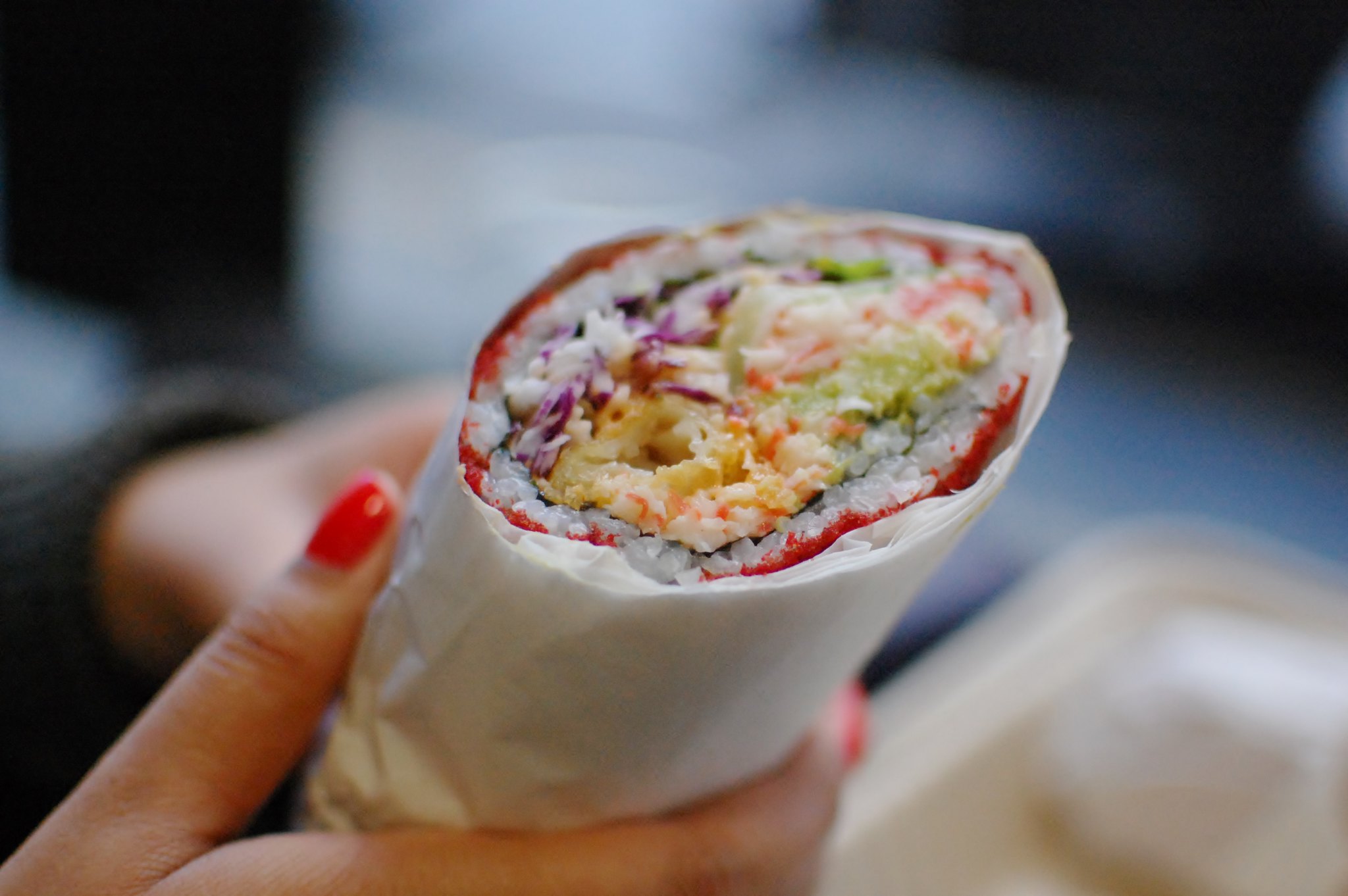 Historic Heritage & Hiking: 14 Best Things to Do in Taos

From Science to Scenery: 13 Best Things to Do in Los Alamos

Los Alamos, New Mexico, is full of adventure, from its atomic bomb history to the outdoor adventure excursions in the nearby area.
Maureen Lunn 0
Chasing WaterfallsSan AntonioTexasWell-Done BBQWildlife & Nature
November 3, 2021

A Trip to Remember: 10 Best Things to Do in San Antonio